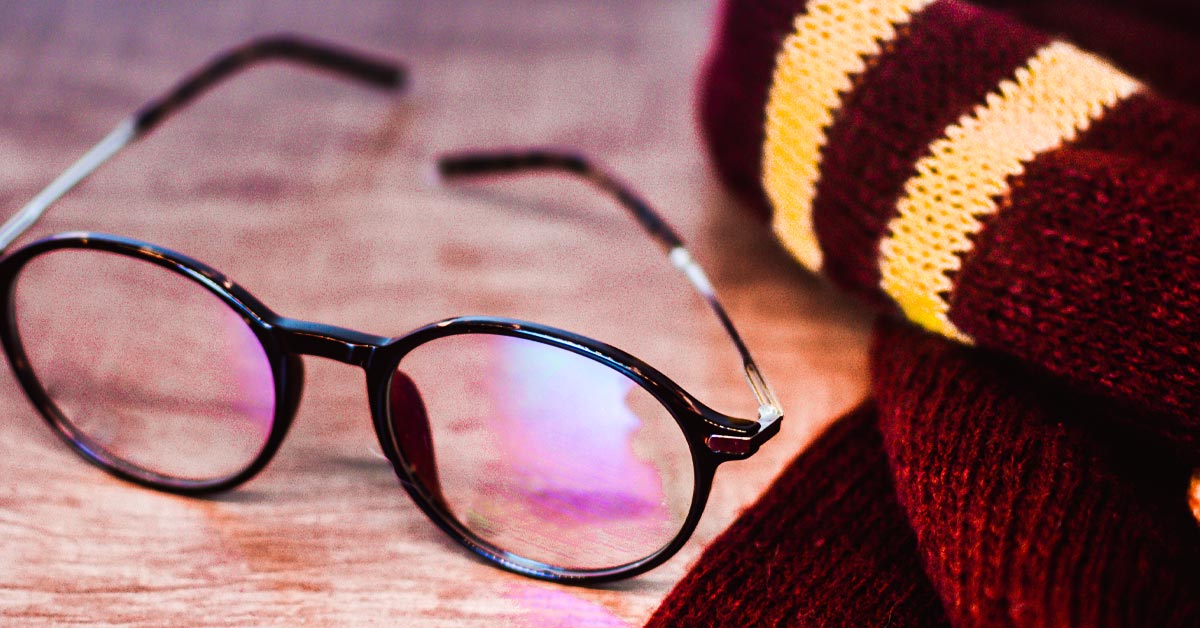 Hone your magical spells and explore the fantastical world of witchcraft and wizardry through the Harry Potter Perler bead patterns below!

Any Potterhead, whether new or old, will no doubt enjoy assembling the patterns below, which include main characters, some villains, memorable symbols, and much more.

For those unfamiliar with Perler beads, check out our easy Perler bead patterns guide where beginners can learn all about the magic of Perler beads.

3 Harry Potter Perler Bead Kits to Get You Started 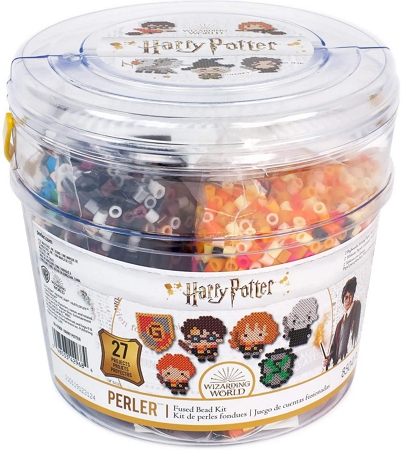 This kit contains 8,500 fuse beads, two pegboards, one ironing sheet, and a pattern pad containing all your favorite Harry Potter characters and icons.

This Harry Potter bucket has a particular combination of colors to give you the most bang for your Hogwarts buck. If you’re a Potterhead, you’ll recognize that the color theme matches the color tone in the Harry Potter movies. 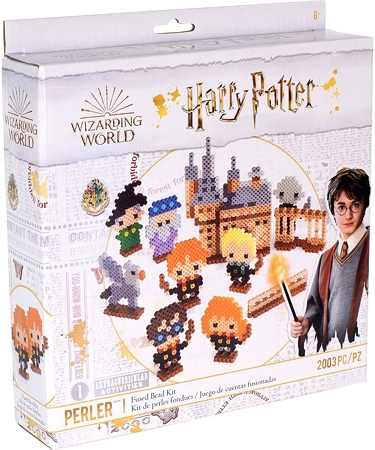 Take your wizard skills (aka, Perler skills) to the next level by getting this 3D Hogwarts Perler beads kit. By following the instructions in this set, the user will be able to make their created characters and buildings stand up, just like magic.

This is perfect for families who love to display their creations, as well as children who love to pretend play.

Here are more 3D Perler bead patterns for those who love a little bit of a challenge. 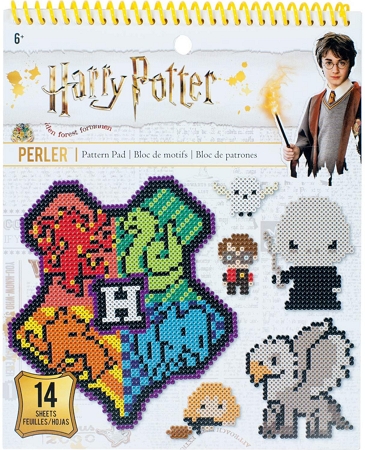 If you want all the Harry Potter Perler pattern in one place, then look no further than this pattern pad. It includes 53 astonishing patterns from the Wizarding World, making it a great choice for users to mix and match characters and symbols from the series.

Here are the more prominent symbols that any Potterhead will instantly recognize.

Knowing what qualities they value is important for every first-year student at Hogwarts as this determines which House they will be placed in. After all, these Houses will shape the rest of their lives forever.

Encourage your little ones to become familiar with the alphabet through these Perler bead letters compilation.

Hp_onelove has you covered with their easy design for a simple Hogwarts coat of arms pattern that embodies the values of the four Houses.

The Hogwarts coat of arms is almost as colorful as these rainbow crafts for kids.

For a more complicated pattern that can be proudly put on display, Mom Made Moments created this amazing Hogwarts coat of arms, complete with the emblematic animal of each House.

To create this project, they interlocked four square pegboards since this design is big enough to show Hogwarts’ splendor.

House Slytherin gets a bad rap for producing dark wizards and witches. The most common example is Tom Riddle, who turned into the wicked Lord Voldemort.

We also can’t discount good witches and wizards who belonged to Slytherin. If you’re someone who wants to prove that the House isn’t inherently bad, then try creating this awesome House Slytherin pattern shared by PNGKit.

If you want to create your own little gateway to the Wizarding World, look no further than maddyannt‘s pattern of Platform 9 & 3/4.

The black and white color scheme stays true to the original design, but don’t hesitate to make it more personal by adding your favorite colors.

Christmas at Hogwarts is quite extravagant. Spend your Christmas the Harry Potter way by making this cute ornament provided by kknight427. While it does look good on the Christmas tree, it doesn’t mean it can’t be hung outside of Christmas!

Alternatively, the round shape of this Harry Potter ornament can also serve as a drink coaster.

For an easy Harry Potter design, here’s Swish and Stitch‘s simple version of the titular protagonist.

This Harry Potter is immediately recognizable by his Gryffindor scarf. Make him even more distinguishable by adding two beads on his forehead to represent the iconic lightning scar.

If you love the humorous and brave personality of Harry’s best friend, then this cute pattern from PNGKey is for you. As with the Harry Potter design, we can see Ron wearing his House’s scarf which makes him discernible.

This Ron Weasley pattern is just as cute as these other Kawaii Perler bead patterns.

To complete the Golden Trio of Gryffindor, here’s a pattern of Hermione, the most intellectual and curious member of the three, courtesy of Les Tricots de Gigi.

Quidditch is the most popular sports activity at Hogwarts and probably one of the coolest activities that fans look forward to, so excluding a Harry Potter pattern like this one by KrazyKnotz would be considered reprehensible.

Here’s the incredible moment when Harry catches the Golden Snitch.

If you love this cute pattern, simply follow Perler Bead Patterns’s design on their webpage, where they also list the number of Perler beads required to complete this project.

Dumbledore is perhaps the greatest wizard of all time. Here’s an easy-to-follow video tutorial of a Dumbledore fused bead tutorial, shared by Smith Monster.

Dumbledore trained many talented wizards, including Tom Riddle and Harry Potter. Dumbledore is like Obi-Wan, who trained both Anakin and Luke Skywalker.

If you’re a huge Star Wars fan, then here are some amazing Star Wars crafts and Star Wars Perler beads.

The paths of Harry Potter and Voldemort have been intertwined ever since the tragedy that happened with the Potter family. Here’s _Theatre_ providing a fused bead pattern of the two characters, literally linking one to the other.

No house-elf is as famous or as hard-working as the loyal Dobby. Doces Pontos allows us to create a version of Dobby with their pattern.

If you’re enjoying these Harry Potter Perler beads so far, don’t forget to check out our Harry Potter crafts!

19. Lord Voldemort and Other Villains 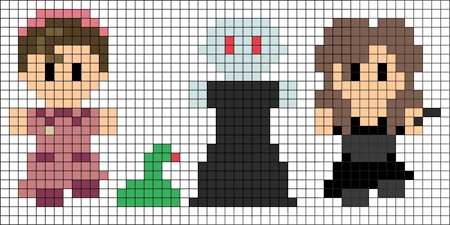 Here are some of the major antagonists in the Harry Potter series, shared by Ravenpuff and Magic Stuff.

The patterns include Lord Voldemort and his servants, like Bellatrix Lestrange, as well as the soulless Dementor.

While this magical beast first appeared in the book Harry Potter and the Goblet of Fire, the Niffler doesn’t make its cinematic debut until the Fantastic Beasts series.

These platypus-looking creatures have a penchant for collecting shiny objects, so they’re not advisable to keep as house pets. However, you don’t need to worry about this pattern created by Stitch Fiddle.

Tired of Perler beads? Learn how to draw animals with our easy animals to draw guide!

If you love cats as much as Hermione does, then you’re in for a treat with ananya123‘s “Pusheen” Harry Potter design.

The pattern has four different variations, one for each of the Houses, including Ravenclaw and Hufflepuff.

For more cat-related things to do, here are some cat crafts for kids and cat Perler beads.

A Harry Potter Perler bead list wouldn’t be complete without including the most lovable companion in the Harry Potter series, Hedwig. Try this Hedwig pattern by heatoffire.

Owls are some of the most fascinating creatures out there, so don’t miss out on these owl crafts and owl rock paintings.

Win the game by capturing (or making) this Golden Snitch Perler bead pattern created by bookworm47.

Ravenpuff and Magic Stuff allows us to pick our wand of choice by sharing this set of wand Perler patterns.

If you are undecided about which project to choose from the Harry Potter patterns above, Karen Kavett DIY has you covered with plenty of patterns to choose from.

They even include different tips and trick to personalize your creations!

For more Pop culture crafts and Perler beads, check out these other compilation posts: