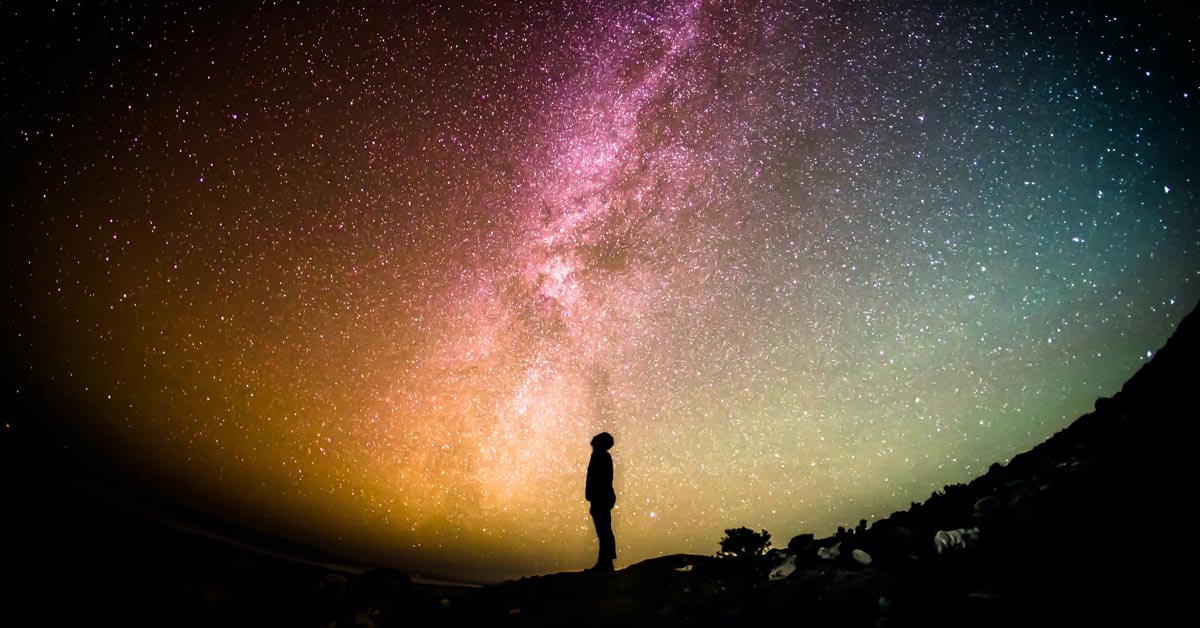 Are your children fascinated by the shining celestial objects in the sky?

Feed their curiosity by teaching them to how to draw the planets in our Solar System!

Drawing these planets is a great way to jumpstart their creative and analytical skills. For example, they might ask why planets orbit around the Sun and not the other way around.

I’ll list three different types of drawings for each planet in our Solar System (plus Pluto), in order of proximity to the Sun.

There’ll also be bonus guides for how to draw the Solar System as a whole.

Prepare your drawing compasses or circle objects, like plastic cups or bowls, to aid the drawing of planets, and let’s get going!

1. How To Draw a Simple Mercury Planet Step By Step

Let’s start with a simple planet drawing. Mercury is the smallest planet in our Solar System and the closest to our Sun.

This design from Focal Pencil is perfect for developing your toddler’s little hands and fingers because it involves very simple curved lines to create Mercury’s details.

Hand your kids some coloring materials and color Mercury, which is seen to be dark grey in appearance.

Mercury has a similar appearance to the Earth’s Moon, possessing many big and small craters on its surface, as seen on this drawing tutorial from Azz Easy Drawing’s channel.

Add several lines around the crater to create depth and detail.

If you didn’t know, Mercury is named after the eponymous Roman god.

Here’s a Mercury sketch from The Art of Music’s channel.

The video tutorial is showing us not be afraid of exploring and using different methods when sketching.

The artist is using a gray marker and a simple pencil to finish their drawing.

4. How To Draw Venus

Here’s a step-by-step guide on how to draw Venus, courtesy of How To Draw.Pics.

Venus is the hottest planet in the Solar System, despite being the 2nd planet from the Sun.

It’s explained by the presence of greenhouse gases that trap the heat on the planet.

5. How To Draw a Simple Venus Step By Step

The planet derives its name from the Roman goddess of love and beauty. Perhaps it’s because it’s the second brightest object observable during the night, after the Moon.

This video tutorial from Articco Drawing’s channel has drawn what seems to be clouds, which is an accurate depiction of Venus.

Indeed, NASA stated that it has clouds so thick that, from its surface, the Sun just looks like “a smear of light”.

However, when you color this drawing, which you’ll have to experiment on your own because the video tutorial doesn’t show, try coloring the surface a reddish-brown.

Here’s a drawing from The Art of Music that’s less focused on the outline and emphasizes the color of Venus.

The artist makes use of different materials, like colored markers and pencils, as well as different tones of yellow, orange, and red.

Show your kids how controlling the pressure applied on their markers, crayons, and colored pencils will result in varying degrees of color.

Here’s a planet that we’re a little bit more familiar with. Earth, the 3rd most distant planet from the Sun, is currently the only planet that sustains life in the Solar System.

If your kids are into kawaii stuff, they should try drawing this Earth design from Draw So Cute’s channel.

The artist is very considerate by drawing at a slow pace so the audience can easily catch up. If that doesn’t help, there’s always a playback speed to slow (or accelerate) the pace.

Are your kids trying to learn how the American continent looks on the globe? Don’t worry, this drawing from Easy Drawing Guides will allow your kid to familiarize the landmass easily.

This realistic Earth and Moon drawing from Jasmina Susak’s channel is suited for those young but experienced artists who seek to challenge their artistic skills.

It even shows Earth’s dark side and its bright metropolitan lights as seen from outer space.

Dubbed sometimes as the ‘Red Planet’, Mars is the 4th rocky planet in the Solar System.

It has a similar geological formation as Earth, and even promising conditions that could sustain life in the future.

The planet’s name comes from the ancient Roman god of war, Mars. Two of its moons are named after the god’s horses, Deimos and Phobos, which mean ‘terror’ and ‘fear’, respectively.

To make the planet sound less terrifying and more kid-friendly, this video tutorial from Art Land’s channel has included a silly face on the surface of their Mars drawing.

One technique that this design from Drago Art has used is adding plenty of craters on the surface.

In fact, Mars has one of the biggest canyons in the Solar System called Borealis Basin. It covers a whopping 40% of Mars’ surface.

Objects that have facial features, such as this Jupiter drawing from Dreams Time, are just more appealing to kids (and adults – or is it just me?)

Perhaps it’s a recognizable, friendly face that comforts them. It’s also the reason why Shopkins toys are so popular among kids.

Jupiter is one of the most frightening planets to think about.

Placing 5th among the planets nearest to the Sun, it’s the largest planet in the Solar System, having twice the size of all the planets combined.

Making things more chilling (literally!) is the fact that Jupiter has swirling clouds of water and ammonia.

If that’s not enough to scare you, there’s a storm called the ‘Red Spot’ that’s almost twice the size of the Earth and that’s been raging for centuries.

Try recreating this massive ball of gas and doom from Coloring Home.

Other scary crafts that you should try out are these Halloween painted rocks!

15. How To Draw a Jupiter Planet

This Jupiter planet drawing from Art Diarium’s channel is one of the more sophisticated designs on the list.

While it makes use of simple oil pastels, it’s how they use an incredible blend of colors and techniques that makes the design look so stunning.

Learn some interesting techniques by watching their video tutorial.

Saturn is one of the most popular planets to draw because of the very distinguishable ring around it.

It’s the 6th planet in the Solar System order, and like Jupiter, it’s mostly made of gas.

Try to make this simple Saturn drawing from How To For You’s channel.

17. How To Draw Saturn For Kids

When we think of planets, one of the images that we immediately conjure up is a planet with rings.

Those chunks of ice and rocks are what make Saturn so unique and iconic.

Feeling Artsy’s channel has an awesome video tutorial on how to draw a basic Saturn design.

Some of the simple-looking designs have the most sophisticated techniques involved, like this drawing from Circle Line Art School’s channel.

This design is perfect for older kids that are into more complicated sketching.

The shading part is not even too complicated for younger children because it involves a simple technique using a simple eraser.

Uranus is the 7th planet in the Solar System.

It also has a system of rings similar to that of Saturn, but its rings are visibly faint compared to its neighboring planet.

Learn how to draw Uranus through the step-by-step tutorial from How To Draw.Pics.

Unlike most of the other planets in the Solar System (except Venus), Uranus rotates in the opposite direction.

Allow your kids to learn from different tactile sensory experiences by following this video tutorial from LearningWithJulianna’s channel.

They used chalk to color the planet and then spread the color with their fingers.

If your kids are looking for more sensory input in their play time try out these Winter Sensory Bin ideas.

21. How To Draw Uranus Step By Step

This video from Limo Sketch’s channel must be one of the most soothing drawing tutorials out there.

Perhaps it’s because of their steady hands and their method of coloring the planet.

Recreate this drawing with your kids by giving them blue markers.

22. How To Draw Neptune Step By Step

Neptune is the last and farthest planet from the Sun in the Solar System.

Neptune is named after the Roman god of the sea, which is fitting seeing as Neptune looks like a big body of water.

However, the planet is actually made up of icy materials, just like Uranus.

Grab your crayons or colored pencils and start drawing this giant ball of ice, just like the video tutorial from Fantasy Art Gem.

This is another Neptune tutorial from Fantasy Art Gem.

This one uses a darker shade of blue than the previous video. If the video pacing seems too fast, you can slow it down through the playback speed option.

Pluto was the 9th planet in the Solar System until 2006 when it was considered a dwarf planet instead.

Its size is smaller than the Earth’s Moon, with a lovely heart glacier that’s apparently the size of Texas and Oklahoma, according to NASA.

If the planets were siblings, Pluto would be the little baby sister.

Draw this cute planet by following the tutorial on How To Draw Stuff’s channel.

26. How To Draw Pluto Step-By-Step

Learn different techniques by checking out this video tutorial from Focal Pencil’s channel.

27. How To Draw The Planet Pluto

Here’s another simple Pluto drawing from How To Draw Stuff’s channel.

An interesting fact about Pluto is that even though its size is smaller than the USA, there are still 5 moons that orbit around it.

Now that we’ve covered every planet with different styles of drawings, let’s apply what we’ve learned by drawing the Solar System as a whole.

Here’s a simple drawing of the Solar System that showcases clearly the order and position of the planets.

The video tutorial from MNSB inward’s channel starts from the Sun, which is at the center of the Solar System, and proceeds with drawing all the planets.

The sun is essential to life on our planet. For similar crafts, check out our sun crafts.

29. How to Paint Planets With Watercolor

This video tutorial from makoccino’s channel is one of the most fascinating Solar System drawing on the list.

It’s a very informative video from which you’ll learn a lot of different watercolor techniques.

For example, she applied a pinch of salt on the Venus and Mars designs to create a unique effect.

As a parent or teacher, this video tutorial is also very enjoyable to watch.

This is one of the loveliest drawings on the list, paying homage to the unique characteristics of the planets.

For example, Mercury is appropriately eating ice cream to cool off from being too close to the Sun.

Jupiter is drawn as lifting weights because it’s the biggest and bulkiest planet in the Solar System.

Venus, Mars, and Neptune are depicted as the gods from the Roman myths.

Fascinating and Unique Planets in Our Solar System

There are plenty of designs to choose from in this list, three for each of the planets in our Solar System (plus our favorite dwarf planet, Pluto).

For other drawing ideas and tutorials, check out our easy animal drawings.